The Shiny variant of Tusk ACT4 is simply called Neo Tusk and can be obtained by using a Holy Corpse on Tusk ACT3 with a 12% chance.

As for ACT1, it resembles a small animal. Its head is of equal or slightly greater size than its body, and it floats with two short, vague, and inarticulate arms and one such leg.

Its posterior is marked somewhat irregularly by small stars, behind which dark circles radiate to their points; while four tendrils droop from the base of its trunk to the approximate length of its leg, bearing heart shapes.

On its head, it bears two long, mammalian ears; small, reflective black eyes, under a brow of a troubling angle; a large star at the top of its forehead, behind which a dark circle radiates to its points, and from the center of which a string links with the tip of a cone fastened to the region of its nose.

A barrel-like unit the size of its head is suspended at the base of a short, flat spine.

Tusk is primarily pink in all media featuring it. This appears to be sort of like a robot.

ACT3 bears sharp spikes growing from both the underside from its small, truncated, disc-shaped hands, similar to that of D4C: LT's left hand. It also has three of those same spikes on its 3 toes, on its feet.

On its dark, spherical shoulders it bears the large, bold outline of a star; and from its upper lip to the rear of its head runs a tall, blade-like protrusion resembling a Mohawk.

Although it is distinctly more human in shape, its head is still embedded into its body, foreshadowing Tusk ACT4's head placement.

ACT4 has a somewhat humanoid shape, broad or square build; of articulated legs, arms, hands, and fingers. Its head is mounted in the front of its chest, and from the bottom of its chest hangs to its ankles a vestment comprising strings of vertical concave ellipses. Like its user, Johnny Joestar, it wears a horseshoe on its forehead.

For its Shiny version, Shiny Tusk ACT4 is a bit different in a sense that its color scheme is overall less vibrant when compared to its original design. The eyes are light blue instead of yellow. 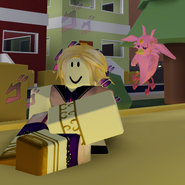 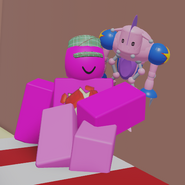 The effects of Self-Nullification Blow. 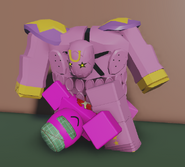 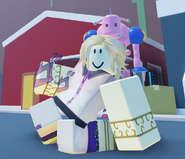 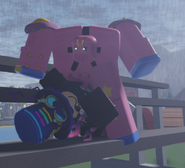 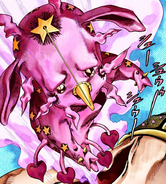 Tusk ACT1 in the Manga. 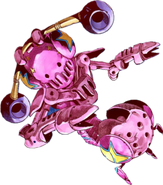 Tusk ACT2 in the Manga. 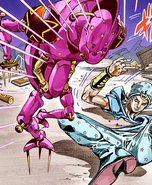 Tusk ACT3 in the Manga. 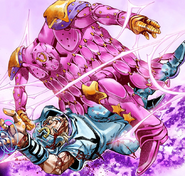 Tusk ACT4 in the Manga.

"I want to know the power of the spin! If I don't everything will end here!"

"What the heck kind of attitude is that?"

"If I can get the Corpse. I can get my negative back to zero!

"Now I know where to shoot!"

"Who will be the sacrifice?"