A Bizarre Day (Roblox) Wiki
Register
Don't have an account?
Sign In
Advertisement
in: Locations, Landmarks, Old Map,
and 2 more

The statues consist of 3 statues made of slate material scattered around the map. These statues were present in old maps but returned in this new revamp.

This statue resembles One More Time which is attached to a holder. OMT is holding its hat with its left hand. Over the last couple months, the statue's clothes have gained color, including its hat.

This statue is one of two figures to be R15 models, the other being Tim's Juice Worker.

Made On Hallow's Eve Statue

This statue resembles Made On Hallow's Eve which is attached to a holder. Previously, its eyes were a bright blue color, but in the 21/9/20 (DD/MM/YY) Joestar Mansion update, they were changed to be bright red. They were changed again to be blue in the Halloween event.

This statue resembles TheGuestToBlame, the old owner and creator of A Bizarre Day. He holds a sword pointed at his feet, similar to Sword's pose. In front of the statue is a stone plaque that reads:

Beside his right leg is a small pink-petaled flower. 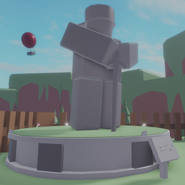 The plaque in front of Guest's statue. 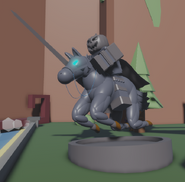 Made on Hallow's Eve statue. 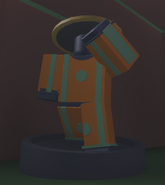 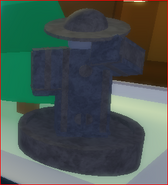 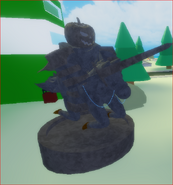 Second Statue (Made On Hallow's Eve) 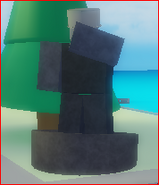 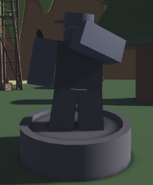 TheGuestToBlame's statue before his retirement. 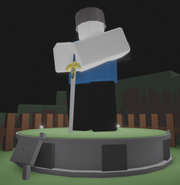 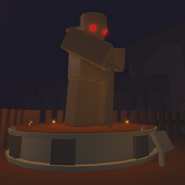 Made on Hallow's Eve statue before the Joestar Mansion update. 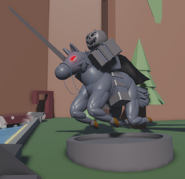 Made on Hallow's Eve statue before Halloween 2020
Community content is available under CC-BY-SA unless otherwise noted.
Advertisement