"True observation means seeing with your mind, not your eyes, to listen with your heart, not your ears." - Jotaro Kujo (Kūjō Jōtarō, 空条 承太郎)

75% of damage
Star Platinum: The World is the Stand of Jotaro Kujo, a core ally featured in JoJo's Bizarre Adventure: Diamond is Unbreakable.

It's a stand that specializes in speed and precision, however, using it in-game can be a little challenging. With skill and practice, you can defeat strong opponents with this stand, while it can be countered it is certainly a good stand. This Stand also has a shiny variant of itself, named Star Platinum: Final Beatdown

Star Platinum: The World is a strong Stand that resembles a well-built and muscular man. Its appearance has changed drastically, as its color scheme is now composed of lighter colors, such as light blue, gold, violet and lighter shades of purple.

Just like its counterpart, Star Platinum, it has flowing hair, a gold cap on its chin, and a metallic headband which is made of three pieces, the centerpiece formed like an ellipse.

A gold, wavy line runs down each arm, continuing down its body. It has a limited range of clothing and armor, which is a short white scarf, golden shoulder pauldrons with a spiral design on top, white gloves with golden studs on the knuckles, golden elbow and knee guards, a small white loincloth, and white boots.

While in Time stop, Star Platinum: The World charges up a powerful punch from his right arm, dealing incredible damage and knockback. This move was said to be removed in a Q and A video with one of the developers.

Star Platinum - The World is a powerful and fast stand, which the most used move is V, a quick dash for starting combos and quick attacks such as V + R, plus its high durability gives you a good advantage because you can move in someone else's Time Stop and using R + Y does godly damage. Moving in time stop can save yourself from someone else's road roller. If you use time stop and your opponent stand jumps, you can just use Y because of its incredible range.

Faster movements and deadly damage make this stand really good in PvP, and you can use your Time Stop easily, the cooldown is just 30 seconds, This is unreal for a fast physical stand who exceeds power and speed of an Over Heaven if you play in an extremely offensive way. Stands who have Self-Heal moves can be annoying while fighting with Star Platinum: The World, you can easily damage your opponent but if they start running to heal, using V + R can damage the opponent if you do more damage then how much they heal. This is a good way to deal with Gold Experience and Over Heaven users.

Star Platinum The World (SP:TW) is generally a fast stand that can overcome most brute stands in terms of speed. So here are few ways to counter this stand:

If you are new at SP:TW, use this as a guide. 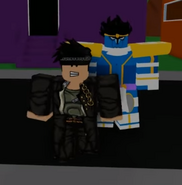 The oldest model of Star Platinum: The World. 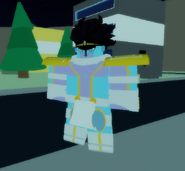 The Old model of Star Platinum The World. 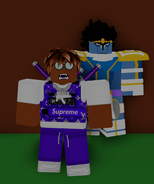 An older model of Star Platinum The World.

Star Platinum: The World in the Anime.

The inspiration of the Shiny version of Star Platinum The World. 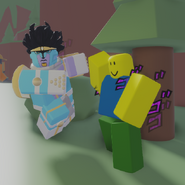 Star Platinum: The World and the user menacingly posing. 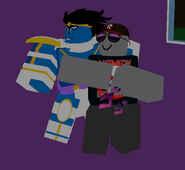 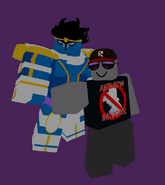 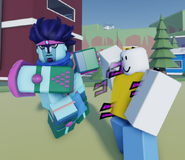 Shiny Star Platinum: The World and its user menacingly posing.

When the user dies: When you pull out your stand: