A Bizarre Day (Roblox) Wiki
Register
Don't have an account?
Sign In
in: Specs, Non-Stand, Pillarmen,
and 6 more

"Which one of you primitives awakened me?" - Santana (Santana, サンタナ)

75% of damage
Santana is the first Pillarman antagonist featured in JoJo's Bizarre Adventure: Battle Tendency, although he plays a very minor role. Just like its Vampire counterparts, Santana possesses superhuman strength and outstanding abilities in the game.

Santana is often seen as very worthless due to the fact that players want to get Kars or Wamuu but not Santana.

Santana does not have a physical appearance in the game, only the player being able to use its abilities with the player's own model. However, the visual effects of the abilities will be shown when used.

If you're new at using Santana, use this as a guide. 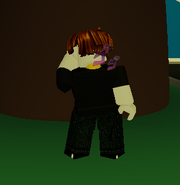 Rib Blades seen in the anime. 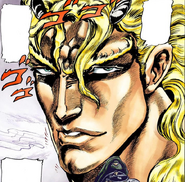 Santana in the Manga.

Santana in the Anime.

Community content is available under CC-BY-SA unless otherwise noted.