Outwards from the beach

Missile, Void Walker and pieces of the Fallen Star
The Ocean Missile Silo was seen in the Official ABD Discord Server. However, not much information is known about the object.

The object seems to come from unknown origins. But for sure, this location has a crucial part of the whole event/puzzle plot. When going inside, it holds a single missile.

Previously, it was disassembled into three parts, most likely to put a new power source in the missile.

The silo seems to be a gray cylinder with a dark gray circle split in half on top of it.

On the inside, it stores 3 parts of the missile that have now been reassembled, with pieces of the Fallen Star next to it. 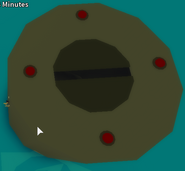 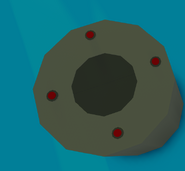 Inside Look (with a broken missile). 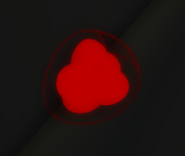 Pieces of the Fallen Star. 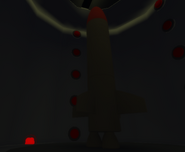 Inside look (with rebuilt missile and pieces of the fallen star).

Silo on the new map. 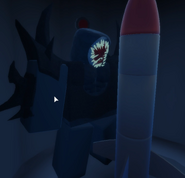 Titan Void Walker inside the silo.

A MiH user on the silo.
Community content is available under CC-BY-SA unless otherwise noted.
Advertisement