Bench next to Sentient Menacing Dummy

Assumed male
Nado is a lax tin pot-wearing NPC located in Peaceful Park. He is based on the owner of A Bizarre Day, TORNADO98765. In his first form, he was located inside Nado's Secret Room, where he said his original line. The jar next to him previously held TheGuestToBlame.

Nado wears a sleeveless red shirt and simple black pants. On the corner of his shirt is a pixelated white heart, reminiscent of Undertale's SOULs.

This NPC is based on the avatar of TORNADO98765, the second and current owner of A Bizarre Day. 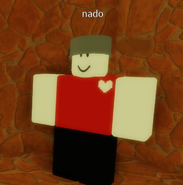 Nado waiting to be spoken with.

the outside of the room Nado was in.

The inside of the room Nado was in (removed). 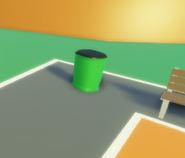 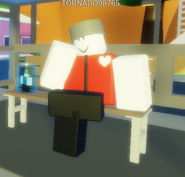 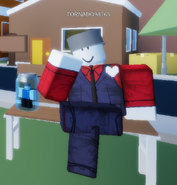 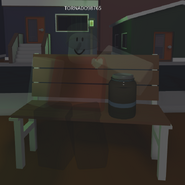 Nade during Halloween 2020.
Community content is available under CC-BY-SA unless otherwise noted.
Advertisement