You can evolve this Stand by using a Frog, making it King Crimson (Two Arm Doppio). With this Stand, Epitaph will appear on the user's forehead. It will have the same face as the user. This Stand is not very powerful and needs skill to actually win a battle. Do note that Azure Doppio King Crimson cannot evolve unlike the original version.

Azure Doppio King Crimson's appearance, being a shiny version, is similar to its normal counterpart. With the only change being the colors (red to blue) and vise versa.

If you're new with King Crimson (Doppio), use this as a guide. 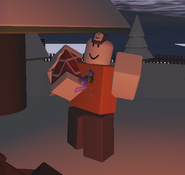 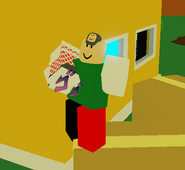 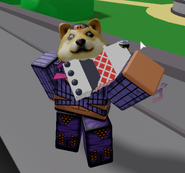 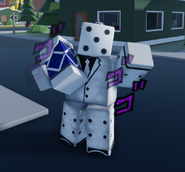