"Nobody can track me. Nobody knows the truth about Yoshikage Kira. That is, nobody will, after I get rid of you." - Yoshikage Kira (Kira Yoshikage, 吉良 吉影)

50% of damage
Killer Queen is the Stand of Yoshikage Kira, the main antagonist of JoJo's Bizarre Adventure: Diamond is Unbreakable.

Unlike other Stands in-game, other than its punch barrages, Killer Queen specializes in explosive attacks. With this ability, the Stand can deal an incredible amount of damage very fast. This Stand has two shiny counterparts of itself called Creeper Queen and Killer Cold.

This Stand is a part of the Arrow Stand Pool, in which it has a 16.5% chance (C-Tier percentage) of obtaining from a Stand Arrow. As for both of its shinies, there is a ~0.07% chance (S+ Tier percentage) of obtaining either of them. Additionally, with the use of a Requiem Arrow, Killer Queen will obtain the Requiem Form of itself, Killer Queen: Bites The Dust. Creeper Queen can be evolved to Steve Platinum by using a DIO's Diary.

Killer Queen is a visibly muscular humanoid Stand about as tall as the user and is light in color overall. Its crown is flat, while two sharp, triangular shapes resembling cat ears stand on both sides of the top of its head. The Stand has several accessories on its waist and below, such as a brown belt with a golden skull and a black pair of pants that also have a golden skull while having a pair of sandals.

On the other hand, Sheer Heart Attack takes the form of a plated sphere with a superficial, removable knob on its top and tank treads on either side. Embedded at its front is a cat-skull similar to those on Killer Queen's body, with the addition of a downward dagger on the forehead, a movable jaw, and a short spike as a nose. Its hollow eyes glow a purple color when summoned.

As for Killer Queen's shinies, Creeper Queen, both Stands contain several differences in terms of their appearance, as Creeper Queen is a complete reskin of the Stand. In short, the shiny is basically Killer Queen but with the creeper skin texture overriding the model. Its skin has a green-colored appearance, having cat-like ears on its head and the iconic creeper face covering its facial areas. Its Sheer Heart Attack model also takes the texture of a Minecraft TNT, a reference to how both objects explode. When you pose you will play the famous song, Revenge by CaptainSparklez.

Killer Cold however is a simple recolour of the regular Killer Queen, just having a colour shift from pink to blue.

This ability was removed after the "Killer Queen Requiem" update. It was similar to the BTD we have currently, but there was no animation. Of course, everybody would explode, and time would reverse.

Note: This evolved form will NOT apply to Killer Queen's shiny, Creeper Queen.

Creeper Queen can transform into the powerful meme shiny, Steve Platinum, by using DIO's Diary. This evolution was removed in 2020 but returned in 2021.

KQ is mostly a short-range Stand, with few ranged projectiles. Keeping pressure on your opponent is absolutely essential, and the good news is that you have the perfect tool for it. Your T, The Sheer Heart Attack, constantly follows the opponent closest to you endlessly, and although it's too slow to do much, it deals lots of damage if anyone gets too close. Having an R as an AOE attack is incredible. Keeping them constantly on the move means they are either forced to run or approach, either way resulting in a swift victory for KQ. Your barrage is also a very useful tool in keeping your opponents locked in place to combo with your R or Y. Your close range is even better, with your R and F dealing very high damage. SHA forces them to not move, so they can't get attacked, take advantage of this, and get the hits.

One of the strangest parts of KQ's move mechanics is that if you have a bomb already planted in someone. you are unable to use your R, F, and Y, so its very recommended to detonate the bomb at the perfect time, you can combo with it. An interesting attack is your F, which is essentially an extra R, allowing you to mix up whatever option you decide to go with. Another problem that new KQ users might experience is that they can plant a bomb on their Sheer Heart Attack, most likely with Y, so try to avoid doing that as much as possible.

Killer Queen using "You're about to be erased...".

Killer Queen using "You're about to be erased...". on an object. 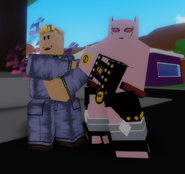 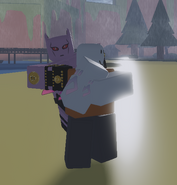 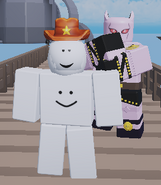 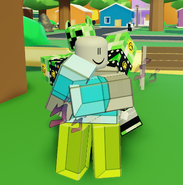 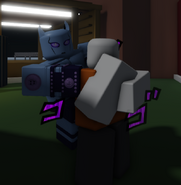 Killer Queen as seen in the anime. 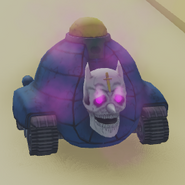 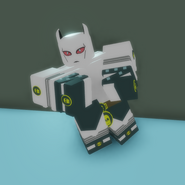 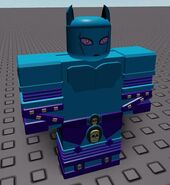 Killer Queen EoH, a scrapped shiny likely being what Killer Cold was based on.