Corner of the map

DIO
DIO's Cave was The spawn point for DIO. Who used to spawn near there every 60 minutes (1 hour). near the Construction Site and Tom's Juice Shop in one of the corners of the map.

In appearance, DIO's cave had nothing inside. It was just rocks and a black part trying to represent the inside of a cave. DIO's Cave is introduced with a dirt path that leads to the location, and 2 road lamps and a bush to hide from danger. 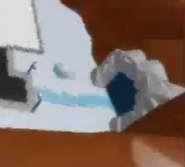 Dio's cave in the Christmas map.

The most recent Dio's Spawnpoint in A Bizarre Day.
Community content is available under CC-BY-SA unless otherwise noted.
Advertisement