75% of damage
Crazy Diamond is the Stand of Josuke Higashikata, the main protagonist of JoJo's Bizarre Adventure: Diamond is Unbreakable.

With the stand's main ability being its restoration powers, this stand is mostly used for healing other fellow players. However, it is also viable for combat, due to its passives and it dealing high amounts of damage when it's used properly. This Stand also has two shiny counterpart of itself: Crazy Ruby and Crazy Melon.

Crazy Diamond is humanoid, with a muscular build and tall stature. Clad in tall headgear, part of a mask; and armor-like plates covering many surfaces of its body, similar to the armor seen on The World. As for its shiny, Crazy Ruby has the cyan, pink and grey are replaced with shades of red and gold, as well as some bits of green.

Cables join the back of its head to its upper back. It bears a heart motif between the top of its head, its chin, shoulders, celiac plexus, belt, and knees; with pairs of short spikes protruding from its shoulders and ankles.

Its most common color scheme consists of a bubblegum pink interior and light blue or silver armor. It has multiple irides with a ripple-pattern on its eyes, and its "flesh" and armor seemed to be inverted in which layer of it they resided on, giving its "flesh" the appearance of some sort of membrane.

Crazy Diamond charges its fists and punches their opponent dealing great damage while returning them back to you and punches them again. Together they deal superior damage. (You cannot move while using this skill)

Crazy Diamond is a high damage stand with good combo moves and very large damage output at low amounts of health, with Passive A being currently glitched (as of 5/13/2022) being at very low health lets you do ~128 damage with your R punch at VERY low amounts of health making it able to fight Over Heaven stands and other high health stands if you can dodge moves quickly and get moves in fast.

Use these combos as a beginners guide/starters for using the stand:

Crazy Diamond building a wall via its Restoration Ability (Old). 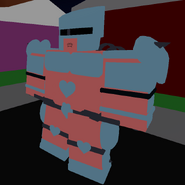 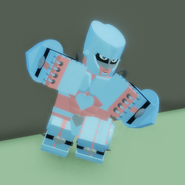 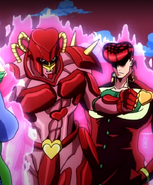 Crazy Ruby's color scheme, as seen from the Anime.

Crazy Diamond as seen in the anime. 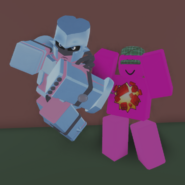 Crazy Diamond and the user striking a fabulous pose. 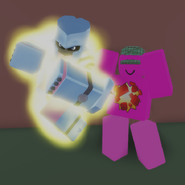 Crazy Diamond in its Regenerative Form and its user striking a pose. 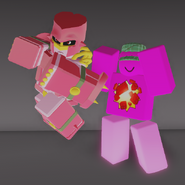 Crazy Ruby and its user striking a pose. 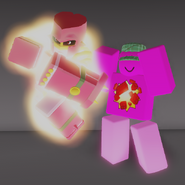 Crazy Ruby in its Regenerative Form and its user striking a pose. 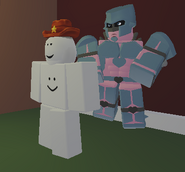 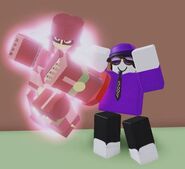