Arcane: League of Legends - The Loop

Commands can be seen in almost every Roblox game. They can be used for emotes, banning, kicking, etc. However, commands in A Bizarre Day are a bit different, as the game has commands involving checking and trading Stands and revealing the ping of the user.

Commands that are used to ban and kick players were never revealed. Furthermore, only admins and moderators of the game could have access to those commands, and it would be abusive if everyone were to have commands like !ban or !kick.

Adonis is a script made by Sceleratis. Its purpose is to assist in the Moderation and Administration of ROBLOX and game servers.

Calls an admin for help. If they accept it, they will teleport to the players location. Otherwise the command will return "Sorry there is no one available to help you right now."

Note: This command will only work if the admin is in the server.

A random quote will appear on the screen from someone. Here's a list of quotes:

This command shows how much ping you have. It resets every 3 seconds. You can move it around and scale it.

This command gives you a virtual notepad, you can write everything that you think is important.

This command makes you leave the server and rejoin (people often use this to evade TS).

Note: This command doesn't work if that user is on a VIP server.

Kicks a Specific player from the VIP Server. They can still join back even after getting Kicked.

Note: You have to be the owner of the VIP Server to use this Command.

This command plays meme music such as a part of "Auf und auf voll Lebenslust". Narwhal Song made by Mrweebl. You Are a Pirate from Lazy Town and Shia LaBeouf's "Just Do It."

You can have a listen here:

You are a Pirate:

JUST DO IT meme:

Note: Please note that not every commands is noted here.

This list involves the other commands that the ABD developers added for their own game:

Initiate a trade with someone, if they accept you get their stand/spec and they get your stand/spec

When a trade is initiated, it will swap over your abilities (stands, specs, etc.) when used. Only the player targeted with "!trade" can decide to accept the trade. Taking longer than 10 seconds to accept or decline a trade will have it automatically be declined.

When a trade is initiated, it will shut down the trade between the trader and the target, meaning your abilities will not be swapped. Only the player targeted with "!trade" can decide to decline the trade. Taking longer than 10 seconds to accept or decline a trade will have it automatically be declined.

When a trade is initiated, this command will let you cancel a trade instantly.

Fun note: You can also do !check [insert a word] e.g. !check [clown] and it will choose a random player to check.

While holding an item, and using "!giveitem" will give the held item to the specified player. This can be used to donate arrows or Rokakaka fruits to those who need it, or pass a Requiem Arrow or DIO's Diary to those with a stand that can make use of it.

When holding an item and typing exactly "!giveitem [random]" it will give said item to a specific player, randomly chosen. That person will always receive the random items in the server. You can do the same with !check and !trade.

A command that shows a jumpscare of a clown, with the only way to remove it is to reset or rejoin the game. This seems to also be in other Roblox games.

These are animated actions that are activated using the "/e" chat system. Some are dances, others are just gestures. Here is a list of a few and what they will do (case sensitive):

The link to buying the gamepasses can be found here: Pack 1 and Pack 2 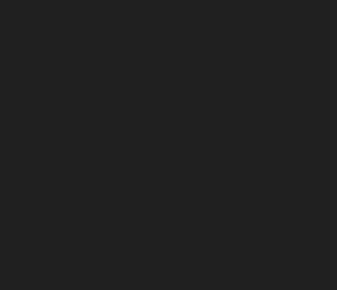 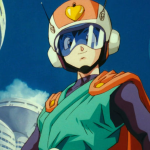 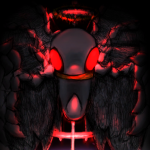