I will only be here to read comments, i wont "return" per se.

So recently i have gotten a nintendo switch and ive been thinking about quitting roblox. I find abd, yba, and abdm to be boring and i dont like playing them anymore. So i most likely will leave the game. This is why i have been inactive on the wikiEven though i havent gotten to talk to most of you it was still a fun experience even though the game was toxic at times. So this is me, kingbwanana, signing off.

@LongLimbedIggy i dont even know anymore

I feel like im going to be the only person on this wiki whos not a crusader.

Why does everyone wanna join the crusaders, i personally find it overrated.

So basically i just joined into a server with my Crazy Ruby then this guy with SPTW came and gave me a pretty clown offer so i said no. After that he said "GO TO HELL!" and i didnt really like that so i killed him and he came and started attacking me. During the middle of all of this this random person private chats me and calls me a "Nicker" (obviously referring to the bad word" i just ignored him and continued fighting the sptw but he kept on spamming really bad things so i had enough and left.

I joined a server with my NTWAU and i was just posing then this RSP comes up and asks me to trade, i said no because i knew N/TWAU was getting a rework but then he says RSP is rarer. Im like no... theyre the same rarity. Then he started barraging me for being salty i didnt trade him smh so basically another person started helping me kill him. Then he left like the fucking retard he is.

Toxic Experience
A reply to Iammartyb
0

She deserved it B) 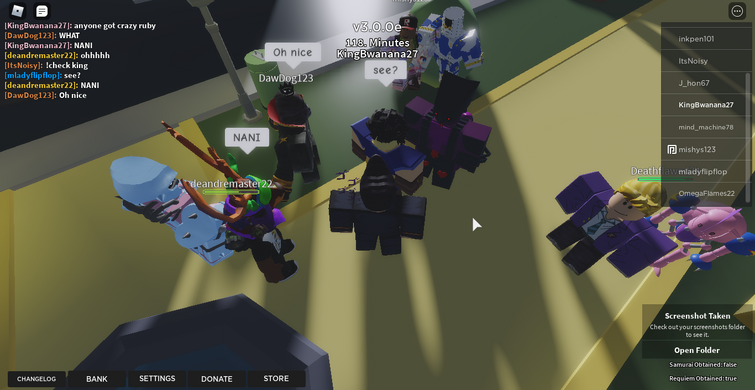 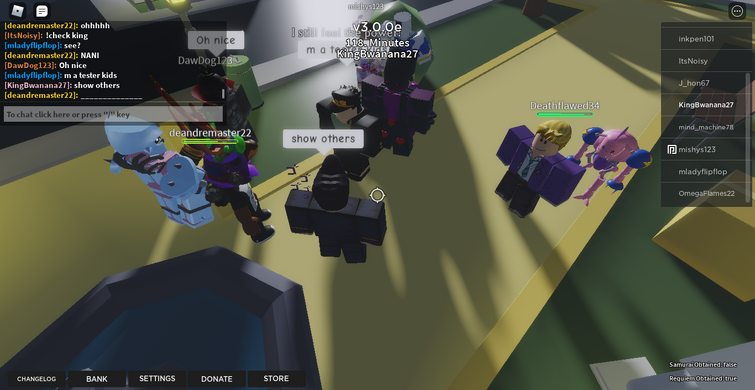 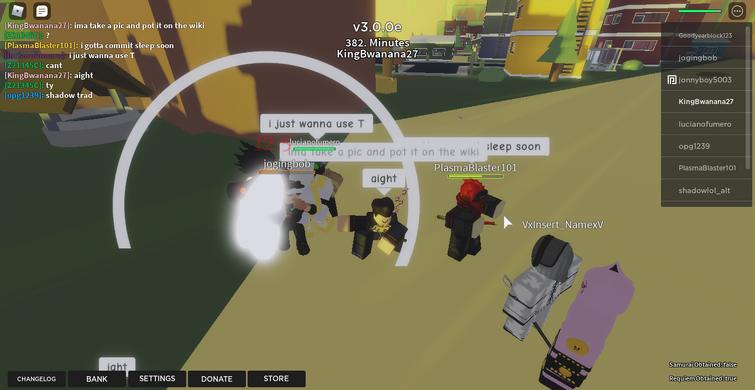 Goodnight even though its 3;20 pm for me

I already have OKC, Kars and CR4 on me alt so anyone got any suggestion on what i should trade stw for?