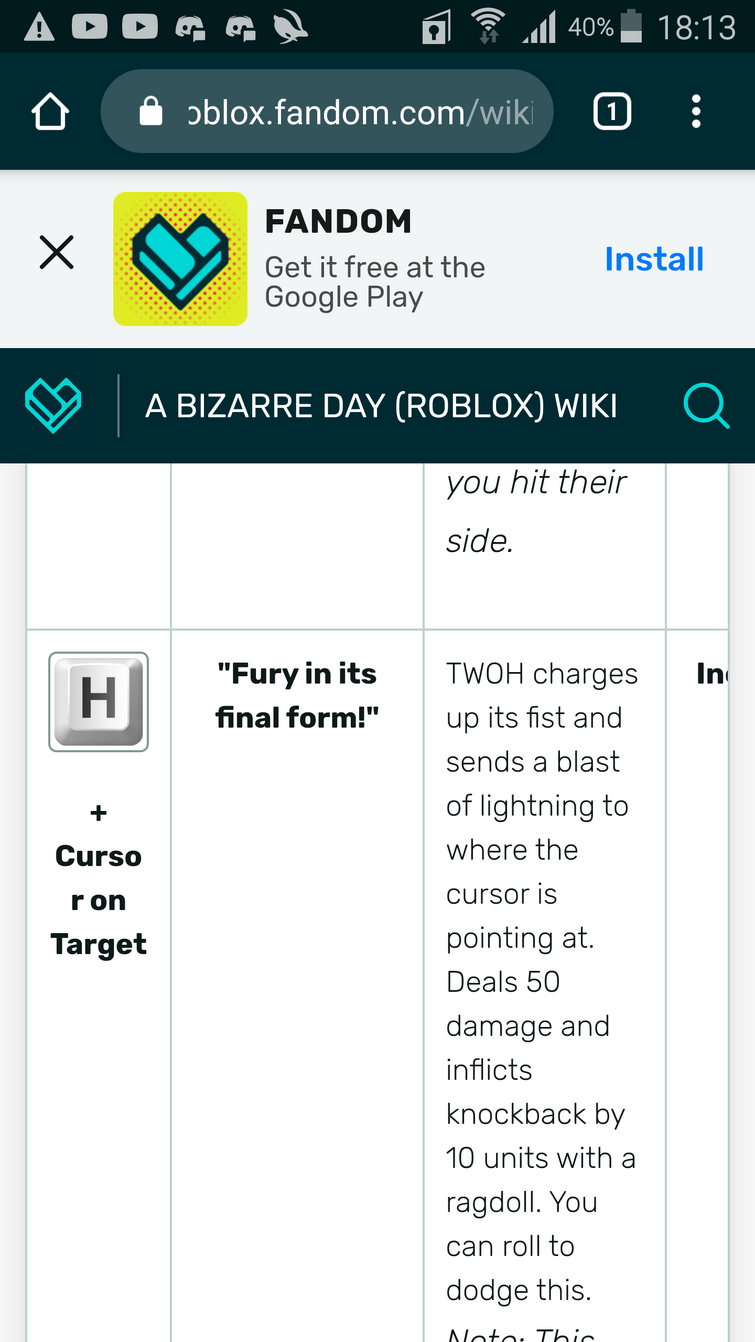 I tried but the GE be like:"nah I'm good"

Instead of GE I got 4 SPTW, CREEPER QUEEN and RTW. The chance to get the stand from arrow doesn't make sense.

A reply to Pat THICC
1

Are you doing it in VIP server?

Yes it is XD

Made in HeavenGold Experience Requiem
A reply to Kione19
0

I don't know if I am lucky or not but I actually won 2 STW user. One of them even used time stop. The key to victory is the frog(GE F move). They will eventually knock themselves down and u just need to barrage them XD.

This stand is based on CherryLicker' s TSP, SP from HFTF and in the anime.

E + Hold - ORA Barrage: Nothing will change from the original concept, it will be the fastest barrage in the game, each hit will do 5.5 damage. There will be a little secondary effect, that when you use barrage against a projectile, you'll be able to deflect them (example: knives, bearing shot), however, it won't deflect OH's projectiles and so does GER's projectiles.

R - ORA Strike: In this moveset, this strong punch will be the fastest strong punch in the game, it deals 35 damage, if you use the ORA strike while the opponent was about to use his/her move, the opponent's move will get canceled (except special moves like time stop).

T - Star Finger: It will do slighty more damage (28 damage) and can be holded to extend the range (max is 20 studs).

Y - Iggy Throw: Basiclly the same as SP but much faster and less glitchy.

F - Star Breaker: TSP charge it right hand for 0.5 seconds. After that, TSP and the user will dash foward and does a punch deals 65 damage and the opponent will stay in ragdoll for 5 seconds.

J - "Now... It won't take even a second to finish you off!": If the user is at orange or red health, they'll be able to stop time like STW, but it's longer (3 seconds long) and different sound effects.

J(while in your time stop) - Leg Breaker: TSP will kick the opponent and crush their legs like what he did to DIO. It will deal 45 damage, the opponent will be flinged away and can't move for 4 seconds.

Note: If you use this move, your Time Stop will end immediately.

J(while in the other's Time Stop) - Time Stop Movement: TSP and the user can be able to move in Time Stop for 3 seconds.

Note: Using one of the J move won't affect the others cooldown.

H - "My stand will be the judge!": Star Platinum will grab the opponent, doing a short barrage that deals 15 damage, and then flies it away with a punch that deals 25 damage, dealing 45 damage in total.

B - Fake Dead: TSP will stop the user's heart and you will fall to the ground like you have died. Everyone excpet for you will see your HP bar run out. This move is great for fool the opponent and wait for chance to counter them.

Note: If you don't press B again after 10 seconds, you will die.

F(while in Fake Dead) - Skull Crush: TSP will appear right in front of the closest player in the 4 studs radius and crush his/her skull. It will deal 90 damage and the player will be knocked back real hard. They also will not be able to move for 5 seconds.

V - Star Suck: Nothing will change from the original concept. Star Platinum glides in front of its user and sucks in the air with immense force, able to pull in targets in front of it with a 10 stud-long range. This move can be held for up to 5 seconds.

G - Mighy Heave: This one will not change too much, apart from doing more damage (30 damage instead of 25).

R - ORA strike: when you press R while you're standless, the right arm of star platinum will strike your opponent with a fast punch that deals 28 damage.

X - Block: When you press X while you're standless, both arms of star platinum will appear, blocking the opponent's attack.