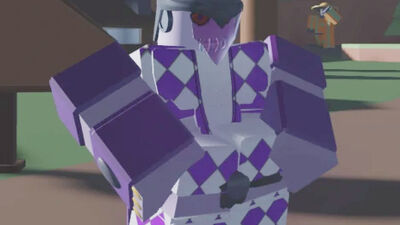 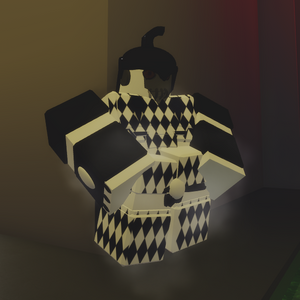 Purple Haze is a close range stand with long range options, it also has an ability that allows for support, this stand isn't very common but when rolled people do underrate it despite being rare and good in PvP. This stand has also been called "Crazy Diamond with AoE and no heal."

Capsule Ammo System displays a purple bar at the bottom of your screen counting how many Virus Capsules remain maxing at 6 and minimizing at 0, at 0 the bar displays "Out of Capsules" and can be regained by using Rage mode

E - Uncontrollable barrage, Purple Haze jumps over the user's head and begins rapidly punching ahead then doing a heavy, this move relies on slowing down the enemy and landing the heavy at the end, DO NOT throw this out first as people will see the animation and roll/jump away and since you get slowed down your in for a combo. So only use it in response to getting barraged

R - Poison Grab, Purple Haze grabs forward, and if anybody gets hit purple haze lifts them up and poisons them, dealing 6 damage per second and lasting 15 seconds, this will bypass counters and the poison cannot be blocked

(Alternate)R - Finisher, Purple Haze punches ahead of the user and knocks the enemy back, this deals 37.5 damage and has a wide range, good for confusing the enemy as most don't know about this move

T - Killer Infection, Purple Haze points head then flicks a capsule ahead. This capsule can do several different damages but ill just name every damage it can do, upon making contact with a person the capsule will deal 5 poison damage, after this the capsule will explode (does not need to hit to explode) then expand into a black virus bubble while forming if contact is made it deals 18-20 damage. While the sphere is active it deals 6 to 8 damage of poison and slows down the enemy, after a while the sphere will dissolve and while dissolving the sphere will do 17 damage

Y - Poison Vaccine, Purple Haze points ahead, and if anybody is hit a small beep sound will play after this they cannot take poison damage. This is good for helping in 2v2s or just overall

F - Poison Bubble, Purple Haze leans down before hitting the ground. After this a massive bubble will form dealing 30 then doing 6 damage per second and slowing the enemy down for 72 seconds

H - Rage, a heavy beep sound will play and a red glow will be around the user, during this time the users barrage damage gets buffed and 3 capsules slowly regen

X - Block, Purple Haze goes infront of the user and braces their arms in a X position blocking 50% of damage

Purple Haze is a High Damage Fast stand that relies on its gimmick (Posion) to get damage in, depending on how skilled you and your enemy are your stand will change in power I would suggest this if you like to 2v2, Barrage Battle, And play in tournaments.

I Always Use a stand before making an Underrated Stand Shoutout, which is why some weeks might take longer than others, I make sure to do things such as 1v1s and Barrage Battles to test a stand, I also read wiki pages and test things out with friends to see the limits of a stand, so don't call this "a biased Suggestion" as this is a review of underrated stands.

Because it's so good

In that in order to obtain it, Fugo had to use Purple Haze less. 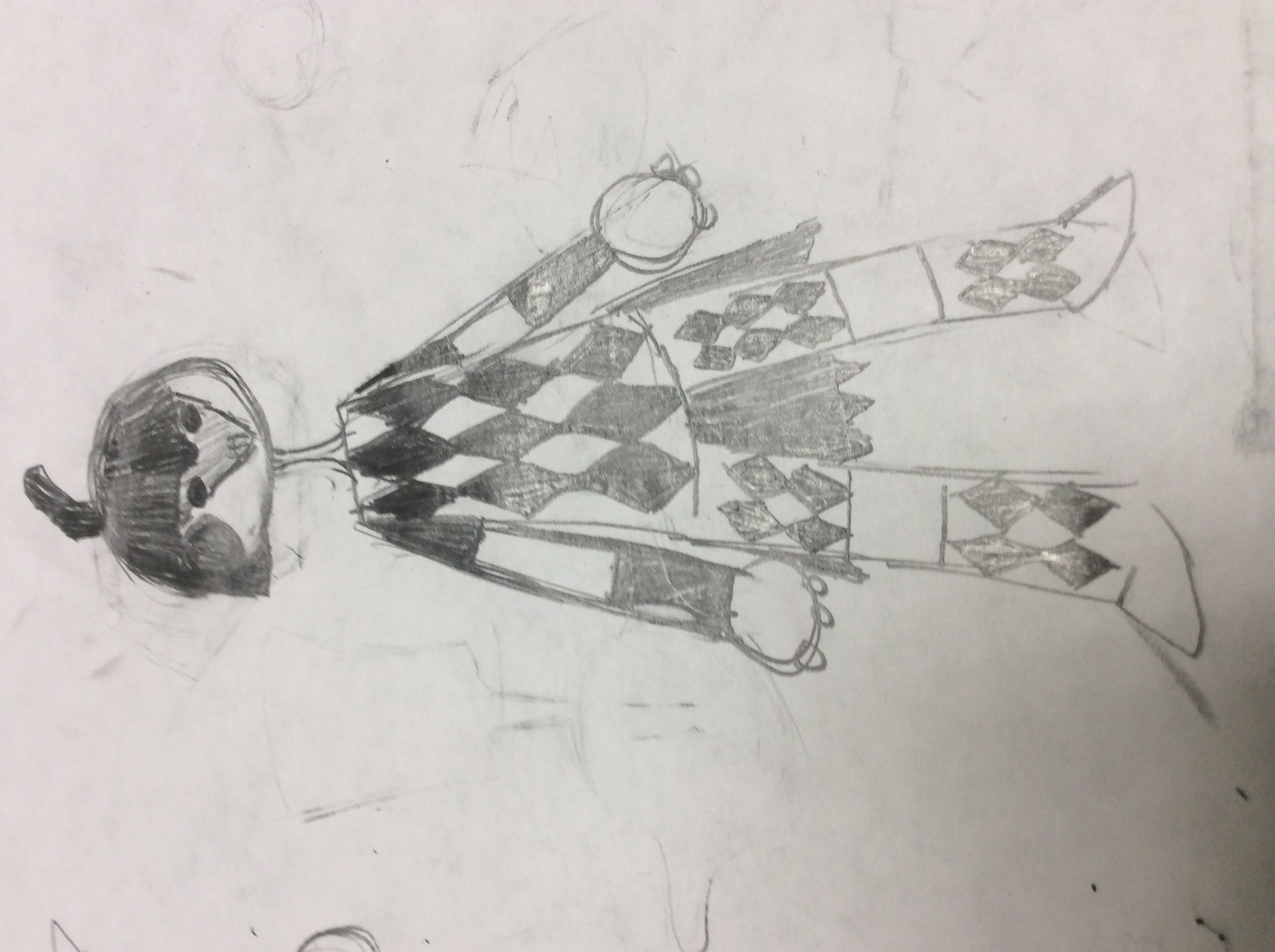 So, we need to work on PH first. Give it its capeless design first. It walks in a somewhat large radius around the player, and has a mind of its own where it could sit down, walk around or even do an idle animation where it's posture is kinda bad as long as it is in the radius. If it exceeds this radius, the stand tries to get back in via walk. You can command it to attack, but it will attack a random person in whatever direction you are facing within the radius, and when they do, the virus gets released and everyone just gets hurt, including the user.

But, similar to Shameless, the less the user uses Purple Haze (i.e. not summoning it) The stronger it gets and eventually becomes Feedback. Changes are; 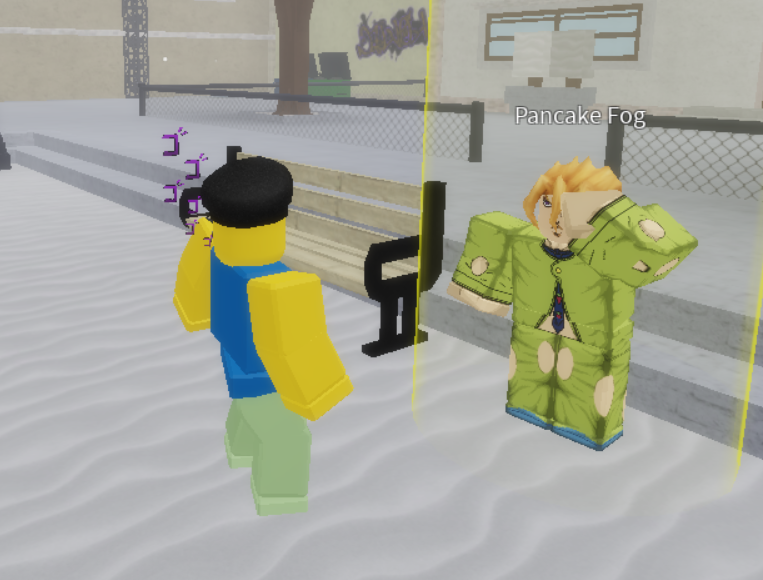 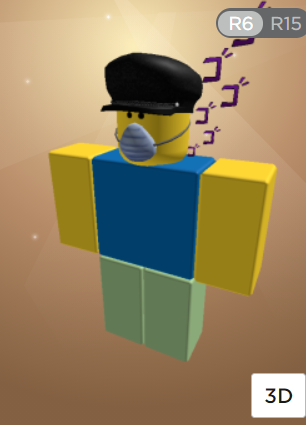 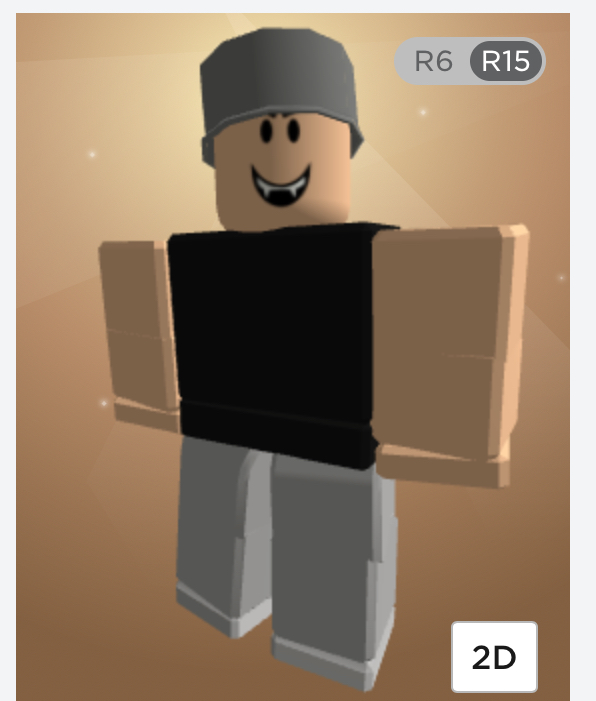 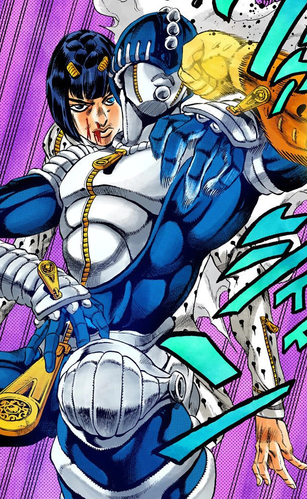 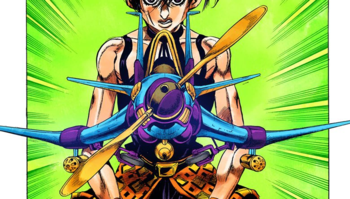 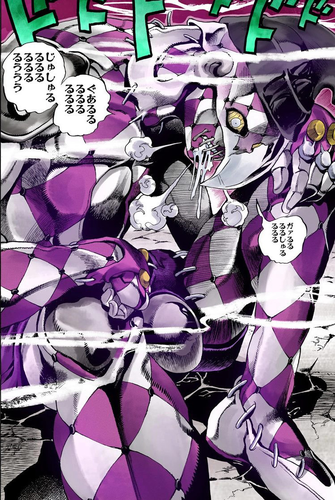 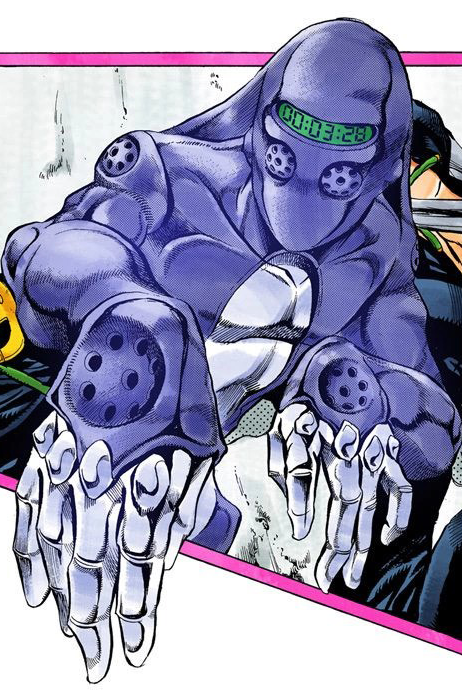 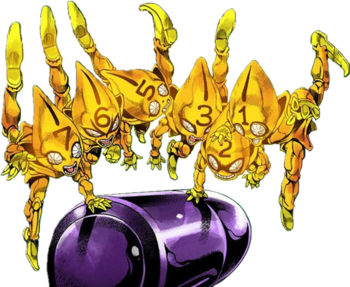 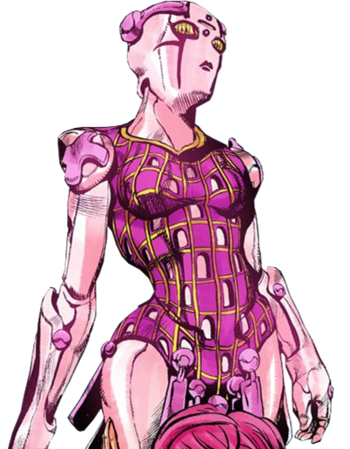 And now my school is gonna punish my class for doing TikTok videos instead of studying after another quarantine.

Passive A: Get away from Purple Haze!: If you're in a 7 stud range of Purple Haze you get infected

Passive B: Outfits of Rage: Every second you get a 1/3 chance to do 10% more damage, but you don't know when it happens.

Passive C: It infects its host within 30 seconds, then kills them instantly: Purple Haze's virus now does 8 damage per second

Press G to turn off and on your stand mode

E- Get away from the mirror!: You simply push your opponent doing 13 damage. 5 second cooldown

F- I'VE SEEN BREADCRUMBS SMARTER THAN YOU (Yes I know that's a Scrub reference)- You stab then with a fork and punch them doing bleed damage. The bleed lasts for 5 seconds. Punch-20 damage. Bleed-1 damage. In total, 25 damage with a 10 second cooldown

Press G to turn off and on you stand mode

Y- That snake has immunity!: A snake bites doing a bit of damage but you are now immune to the virus unless you rejoin/die. Snake bite: 5 dmg. 20 second cd

B- Fugo's unable to control it: When you summon Purple Haze it randomly punches the air and if you stand close enough you can get infected. 20 damage for the punch and 16 damage for the virus. Technically no cd 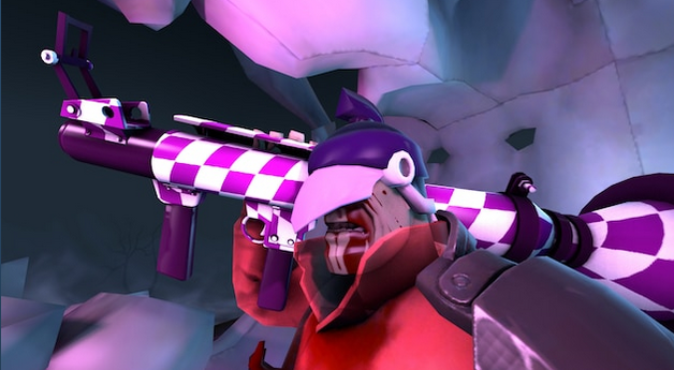 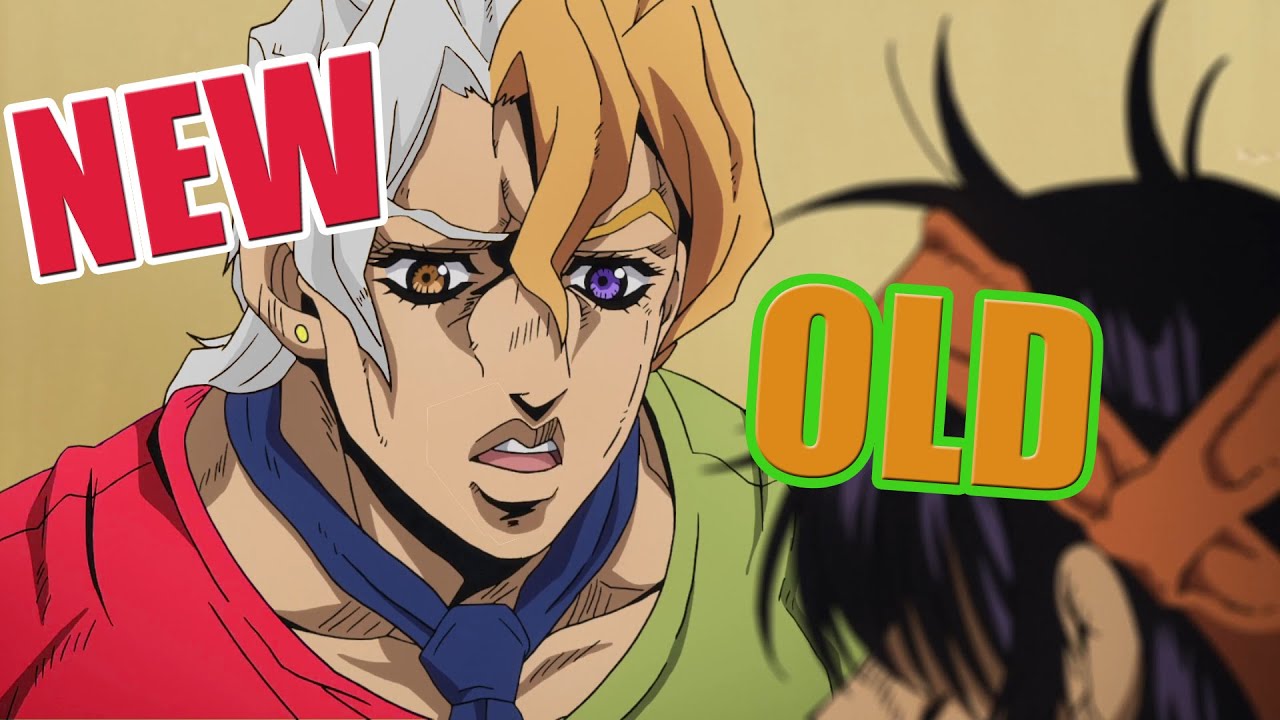 Vento Aureo but Fugo is RedYouTube 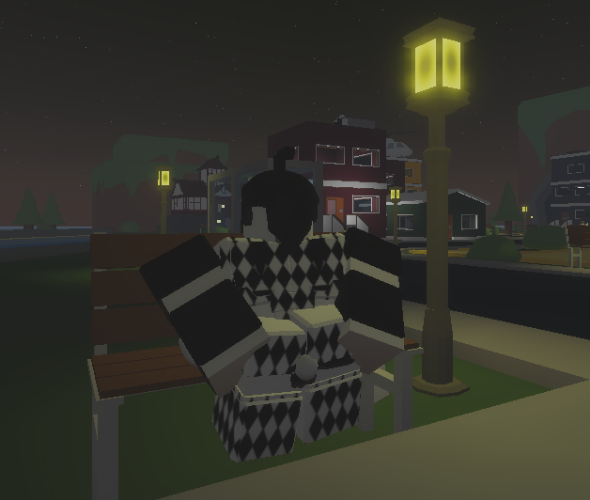 I don't have it anymore.

High knockback isn't my fighting style so i went into a server and someone traded me a Mono Haze(stand that i wanted)alongside a mono sphere.Stonks or not stonks i gained a friend and a Mono sphere. 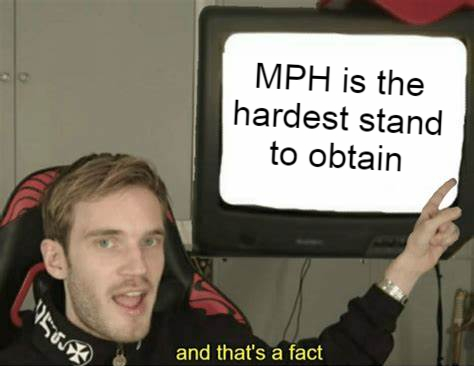