(Passive A:Stand Control)-Anyone that gets close to you and attacks you,causes that person’s stand to attack them back.

(Passive B:Mutation)-Anyone that is close to SCR start to form into weird shapes and sizes, they grow abnormal features.

(Passive C:Psychic Light)-Your hitbox is broken since a ball emitting light is behind the head of the person that is close to you, that is where your stand’s hitbox is, once it is destroyed you die and everyones souls go back to their original bodies. But of course you swap souls with the nearest person when you die.

SCR will wander around while being controlled by the user.

A fake Requiem Arrow is placed on the ground, and anyone trying to pick it will cause their stand or stand’s arm to knock them back.

(Note:This doe’s not work on specs)

Everyone’s vision is obscured and their movement is slowed down.

If you pair this up with T then you can swap the souls of everyone within the sleep aura.

(Press again to rip it out once the arrow has pierced them, if you are close enough)

Your soul and SCR switch places.

(Note:Any stands that dislocate limbs, such as SF, are useless since it can re-attach its limbs)

N-*Don’t you dare set foot on those stairs! Im up here! You’re down there! 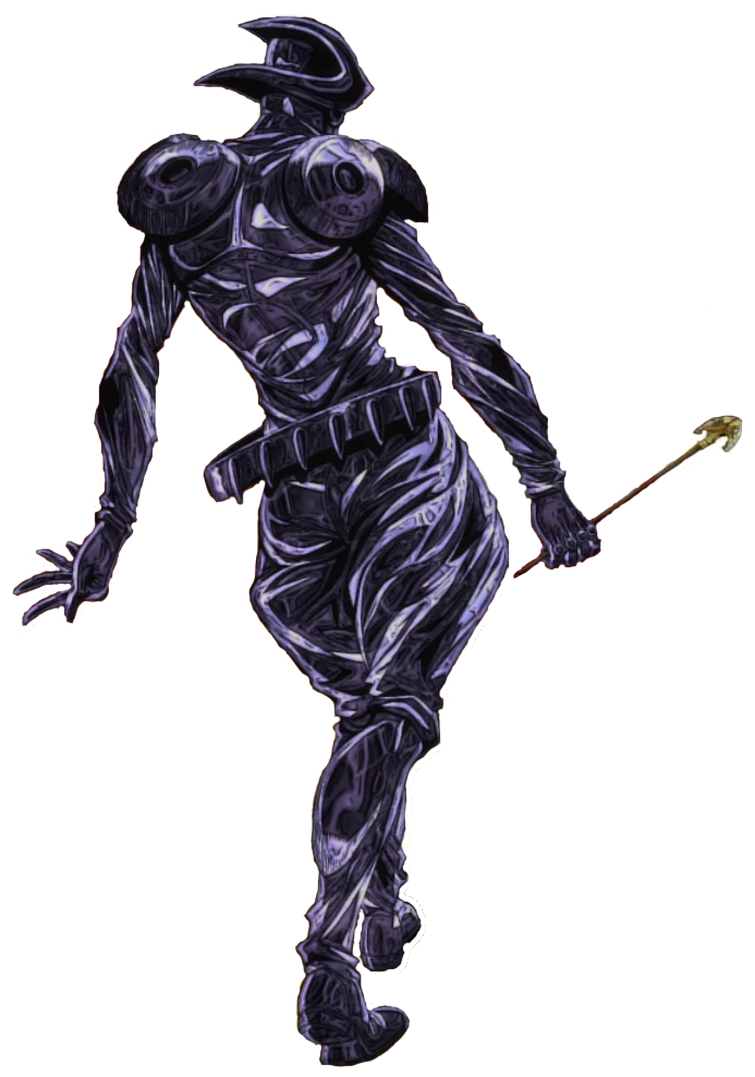 Ik that SCR will be released soon, but whatever and I was kinda confused while making this.

For requiem trap- the knock back atack should only work for humanoid stands, like star platinum or THE WORLD. if it isnt a humanoid stand, they will get blind for 3 secconds + moving away from the arrow, this cuz silver chariot is doing weird stuff or something. tbh i dont get SCR.